If you are not familiar with missions - they are CTF-like challenges or code golfs published at the end of the Gynvael’s livestream. Mission number 25 was pretty special. It was brought to us by firemark, whom you might recall from our IRC channel

The task was to create a bot firmware (probably simplyfied AI program) and win THEEEEEE BIIIIIIIG BOOOOOOOOOOOOOOOOOT BATTLE! - something like a classical Battle City/Tank 1990.

The mission was announced here and appeared after every livestream on both of Gynvael’s channels during December. For more info and rules, check out this link.

So, it wasn’t a typical security challenge…

This unusual mission had prizes, for top3 places: iCE40HX8K FPGA boards and a trophy/cup. Brought to us by Gynvael!

At the deadline only one successful solution emarged, written by James Anton. His bot managed to score the highest number of points during our tests with the example bot and survived on the battlefield for quite some time proving itself a worthy challenger. Congratulations James, the first place is yours! 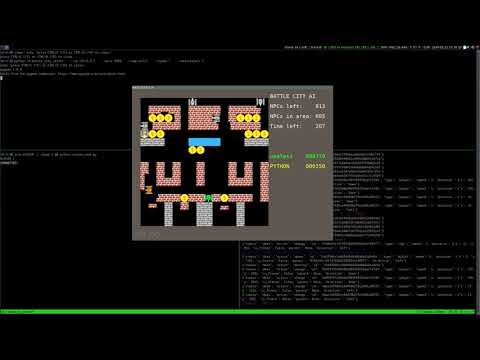 The winner will be contacted via e-mail.

Thanks for joining our competition!

See you on the Internet!

My comments operate on free Heroku instance. If there is no traffic in 30 minutes the dyno service goes asleep. That causes a small delay in submitting your comment. Thank you for your patience ;)

Your comment has been submitted and will be published once it has been approved.